You may wonder, when you see the different color caps being worn by various members, what they denote.

THE CAPS AND THEIR SIGNATURE

Denotes a Master of the Royal Secret, the title of a 32° Mason of the Scottish Rite. The great majority of the members wear this cap.

The red caps are worn by those members who are 32° KCCH. At its biennial session certain 32° Scottish Rite Masons who have been 32° Masons at least four years, who have rendered signal service to the Rite, are chosen by the Supreme Council to receive the Rank and Decoration. The members who hold it are designated 32° KCCH. KCCH stands for Knights Commander of the Court of Honor. It is not a Degree but an Investiture bestowed upon members deserving recognition for faithful services to the Rite. It is one of the great honors in all Scottish Rite Freemasonry to be designated to receive this honor.

WHITE CAP WITH A BAND OF BLUE

The white cap with a 1¼” band of blue silk velvet is worn by the brother who is a 33° Mason and who has been elected by the Supreme Council to the Grand Cross of the Court of Honour. This is the highest decoration that can be bestowed on an Inspector General Honorary. It is voted very rarely to Thirty-third Degree Masons only for the most exceptional and extraordinary services.

The blue caps are worn by those Masons who have held membership in the Rite for at least 50 years. It is a great honor and achievement to have served the Rite for 50 years.

The wearing of caps is considered proper a Reunions, Scottish Rite Meetings, Maundy Thursday services, etc. It is improper for the cap to be worn in any other public place. 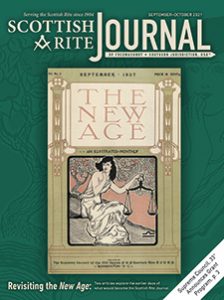